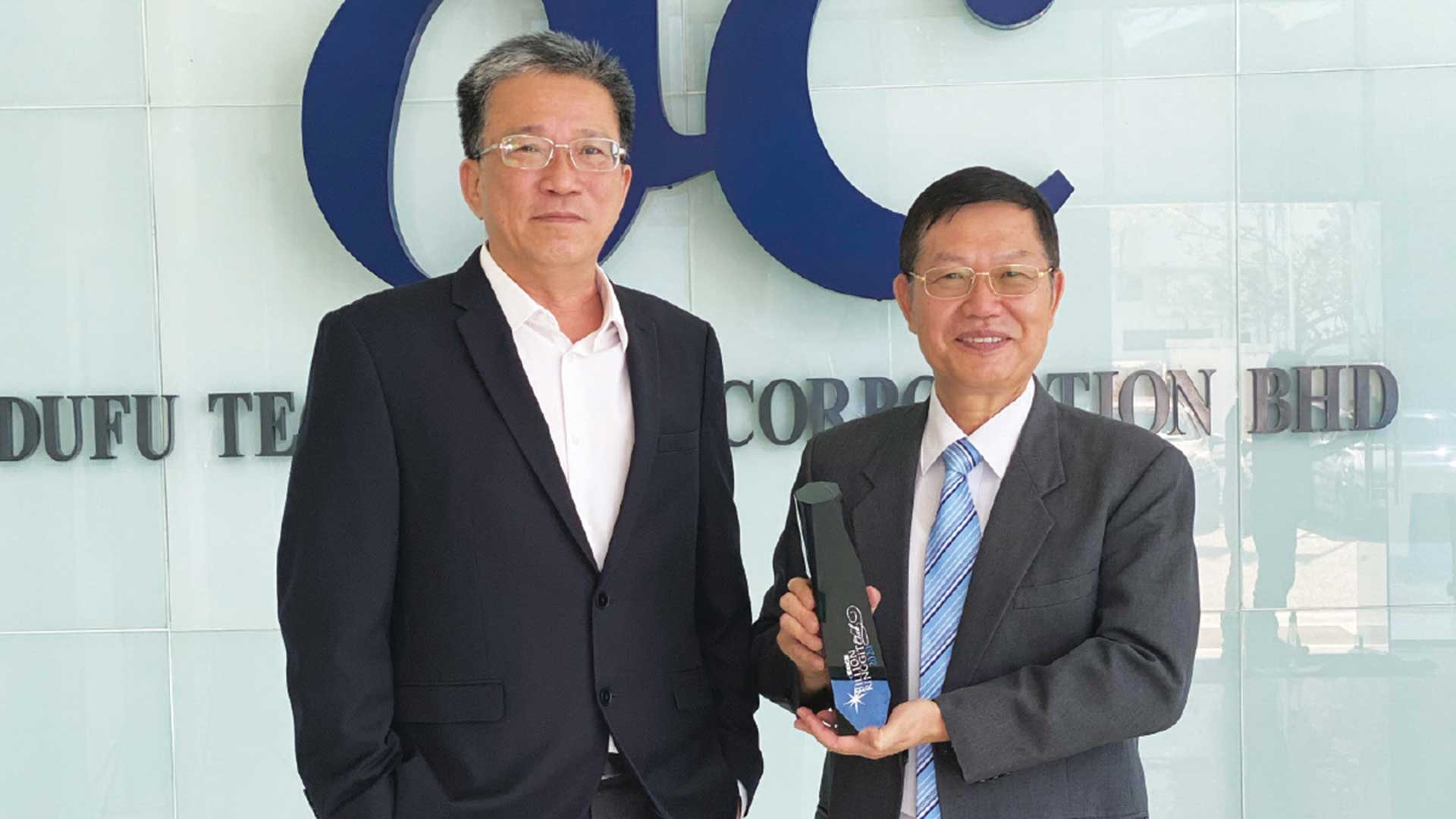 This article was featured in The Edge Markets. View article here >>

Dufu Technology Corp Bhd is a Taiwanese-run firm that supplies disk spacers and other precision components to the hard disk drive (HDD) industry.

The Penang-based, Main Market-listed company walked away with The Edge Billion Ringgit Club (BRC) award for the highest returns to shareholders over three years in the industrial products and services sector.

It is quite a story to tell, considering that Dufu is a new member of the BRC. Furthermore, the company has not been on the radar screen of investment analysts, except Asia Analytica.

In fact, Dufu already demonstrated its earning power when it won The Edge Malaysia Centurion Club Corporate Awards 2019 for the highest growth in profit after tax over three years in the industrial products and services sector. The Centurion Club is for companies with a market capitalisation of less than RM1 billion.

It is worth noting that Dufu has been in a net cash position over the years. Its cash pile stood at RM48.3 million as at June 30 this year.

According to the group’s executive chairman Li Hui Ta, Dufu is committed to enhancing shareholders’ value via share buybacks, dividends and special payouts. The company has a dividend policy of paying out at least half of its annual net profit. It paid a total dividend of eight sen per share for the financial year ended Dec 31, 2019 (FY2019), bringing its total dividend payout to RM20.5 million.

“All in all, we have increased total shareholders’ return over the last couple of years. In particular, we have returned a total of 12.2 million treasury shares worth RM19.9 million on the basis of one treasury share for every 20 existing shares held on June 12, 2019 from the stock buybacks the company has accumulated since 2016,” the executive chairman wrote in the company’s 2019 annual report.

Li, 61, was appointed executive director and chief financial officer of Dufu in September 2006. He was redesignated as executive chairman in June 2015.

Li is the major shareholder of Dufu, with 20.42% equity interest as at Aug 6. In 1990, he co-founded Dufu Industries Sdn Bhd to manufacture precision tooling and precision machining parts for computer-related components.

Despite an annual allocation for capital infrastructure spending, Li stresses that Dufu’s desire and ability to pay steady dividends over time has not only demonstrated the group’s financial strength but also sent a message about the group’s future prospects and performance. “In total, we have returned just over RM52.7 million to shareholders since 2015 — RM32.8 million in the form of cash dividends and the balance from the treasury share distribution,” he adds.

Dufu also rewarded its shareholders with bonus shares. Following the successful completion of a one-for-two bonus issue in November 2018, another bonus issue — on the basis of one bonus share for every existing share held — was proposed in January 2020 and completed in August.

“We believe in increasing the issued share capital of the company to reflect the group’s growth and expansion of its business and to improve the trading liquidity of Dufu shares, allowing for greater participation by investors and varying investment profiles,” says Li.

Looking ahead, Dufu sees the uncertainty brought about by the Covid-19 pandemic, which had temporarily shut down its plants in Malaysia and China, as a serious challenge. All its plants, however, have since resumed operations.

But the eventual impact of the pandemic on its operations will largely depend on the scale and length of the outbreak, says Dufu, which will ultimately be determined by how the virus spreads and evolves and how fast countries reopen their borders, which is almost impossible to predict at this point.

Dufu’s AGM and EGM goes virtual for the first time

Dufu is committed to assist those within our reach. Request >>